The store will not work correctly in the case when cookies are disabled.
Click to check our Coupon Code List
KTM 67in1 are in super Promotion price!
New Product MPPS V22

SKU
EC251
Skip to the end of the images gallery 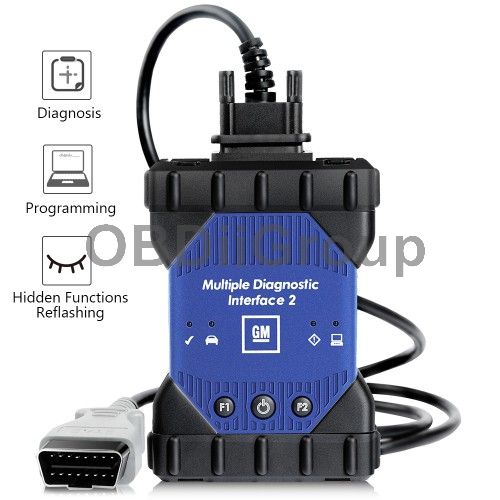 Skip to the beginning of the images gallery
$161.00
In stock

The Multiple Diagnostic Interface 2 (MDI 2) is used by professional technicians as an aid in diagnosing and repairing automotive electrical and electronic systems.

The Multiple Diagnostic Interface 2 (MDI 2) is used by professional technicians as an aid in diagnosing and repairing automotive electrical and electronic systems. The MDI 2 is designed to connect the vehicle to a host PC computer application, which then functions through the MDI 2 for data transfer and Electronic Control Unit (ECU) reprogramming.

● Uses a new, more secure Type B connector and Ground Offset Failure protection. A wired connection is recommended for longer programming events.
● The MDI 2 is powered from the vehicle battery via the DLC Cable. It may also be powered over USB to perform firmware updates only using a PC.
● Uses USB 2.0 for faster firmware downloads instead of a separate AC power supply.
● The DLC cable is twice as long as the previous cable and connects at the top, making it easier to use. The cable only connects to the MDI 2.